On 5 January this year, 130 years have passed since the birth of a teacher, publicist, women's rights activist, pre-war communist and then convict Angela Vode (1892–1985). Before the War, she published three books on the situation of women: Žena v sedanjem svetu (in Eng., A Woman in the Present World) and Spol in usoda (in Eng., Gender and Destiny) Part 1 and Part 2, as well as a number of articles. She is considered one of the most prominent Slovenian women. After the War and after having served her sentence of 20 years in prison and loss of her civil rights—she was released in January 1953—she lived as an outcast on the margin of society. After the fall of Communism, she was recovered from oblivion, many of her works were reprinted and she gained particular recognition for her autobiographical book Skriti Spomin (in Eng., A Hidden Memory).

Alenka Puhar, a writer, researcher, former journalist and the best connoisseur of Angela Vode spoke in her lecture, Angela Vode—Wisdom of the Later Years, about the last years of Angela’s life on the basis of correspondence between Angela and her nephew, Janez Spindler, who lived in North America.

Listen to an interesting lecture at the following link: https://www.youtube.com/watch?v=dYCaH2Vbtt0 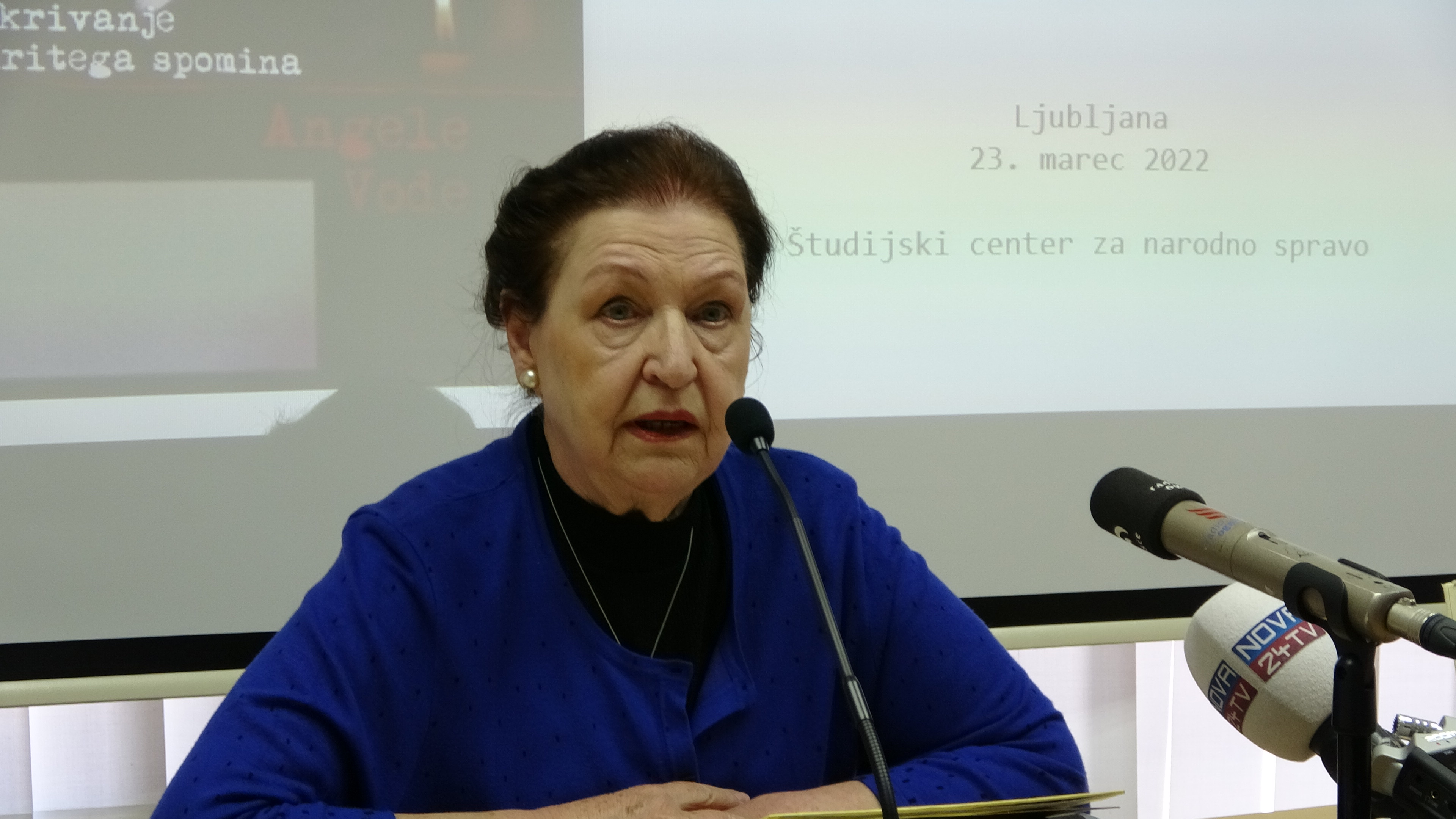