Working with young people is an important mission and task of the Study Centre for National Reconciliation. It takes place as a project and at various levels, and hereafter, we present some examples of good practices.

We actively cooperate with different schools across Slovenia. Every year, we send offers for mandatory optional contents, namely the project of collecting family stories, where students are presented with recorded testimonials and are invited to record or write down their family story. The second project is a program called the education for non-violence - a comparison of totalitarian systems in the 20th century in Slovenia. The objective of the program is to make young people asking themselves about where are the borders on which a person stops with his violence? Participants deepen and expand their knowledge about documents that talk about human rights and freedoms. They acquaint themselves with selected archive documents and testimonies on the subject of human rights violations. They ascertain which systems have caused the greatest violations of fundamental human rights and freedoms in recent past. They develop critical thinking about the characteristics of totalitarian systems. They find out how much suffering is brought about by violence and that it is worthwhile to strive for a society, which respects and protects a human being as a person. When analysing selected documents and testimonies, they establish which systems violated human rights in the territory of Slovenia during World War II and after it, and in which areas it was most visible. By means of a comparative analysis, they try to find the contact points of the totalitarian systems. By agreement, they can meet with a live witness who personally felt the measures taken by the totalitarian regime. Having seen the immediate places where the massacres and the worst forms of violence were carried out, they have been confronted with the consequences that such acts have caused.

We cooperate with secondary and elementary schools by providing educational contents through various projects. We also establish contacts through individual teachers and professors. We offer information and expert advices to several students of graduate and postgraduate studies from various faculties in Slovenia and abroad.

Many schools visit us at the headquarters in Ljubljana, where we present our work. 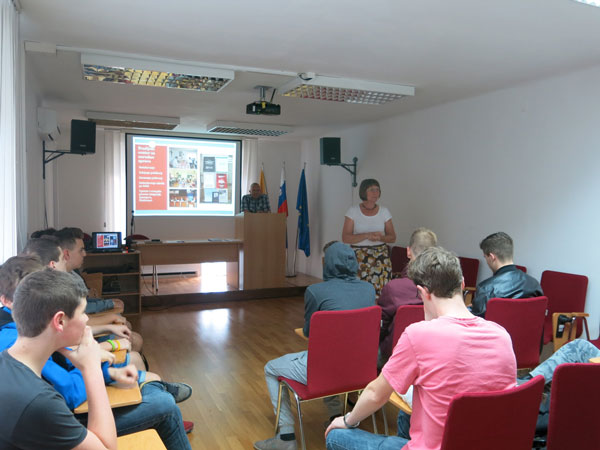 Visit of the Jože Plečnik Grammar School students from Ljubljana, 2014. 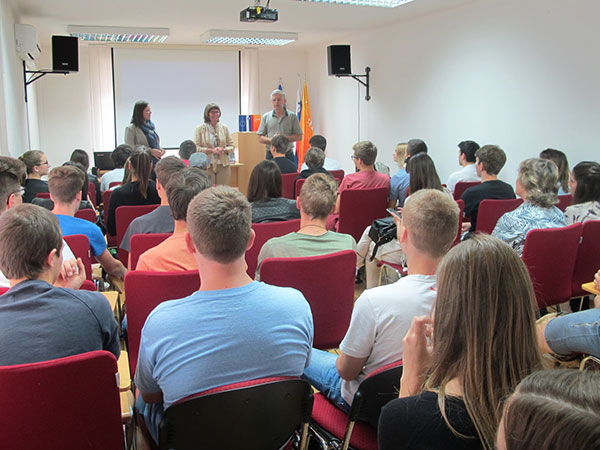 We participate in domestic and international conferences dealing with the topic of the youth involvement in understanding historical processes and events.

In cooperation with international institutions and Želimlje Grammar School students, we organized a project called the Monument and carried it out in Kočevski Rog. Through mobile phones at the scene of the killing fields, students listened to the live stories of witnesses, or survivors who managed to escape from the cave. With much compassion, the young people followed the told stories, and through the impressions it was felt that the narratives strongly touched them. 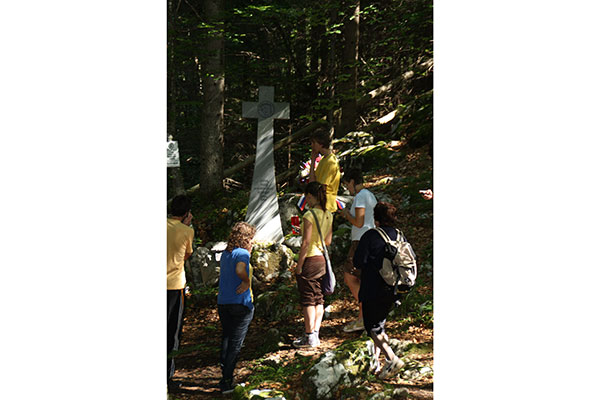 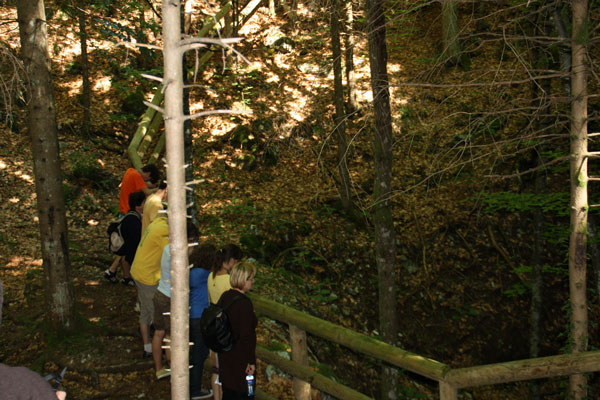 With a historical summer school, we addressed the young generation and students interested in the recent Slovenian past. We followed the modern guidelines, which emphasize that understanding of the past is a condition for responsible and tolerant functioning in the present and future. Through the history school, we have enabled the young people to be educated for democracy, tolerance, compassion and understanding of difference. The program offered within the summer school has not been included in the regular curriculum and therefore extends the possibilities of getting familiar with the past in a multifaceted and innovative way. We have invited professionals who are experts in their field to participate, and who can offer quality information on contents they encounter every day in their work. The young people have become acquainted with the work in the Archives of the Republic of Slovenia, visited the book and documentary material of Slovenians around the world, stored in the D-book stock of NUK in Ljubljana, and watched the documentary film entitled Zamolčani (The Suppressed) - The Power of Survival, and communicated with the film director Dr. Jože Možina, met with a political prisoner from the Goli otok (Goli Island) Andrej Aplenc, MSc, visited one of the few preserved prison cells at Beethovnova ulica 3, and visited the mass grave at Kamniška Bistrica. The participants of the school met with live witnesses who spoke about their experience from the past. This has offered to the young people an opportunity to learn a part of the national history through a personal or family story. There followed the reception with the US Ambassador Mr. Joseph A. Mussomeli and the meeting with the President of the Republic of Slovenia, Mr. Borut Pahor, at the central memorial ceremony at Turjak. The young presented the brochure with the curriculum to President Pahor and told him in a relaxed chat what the school contributed to them. 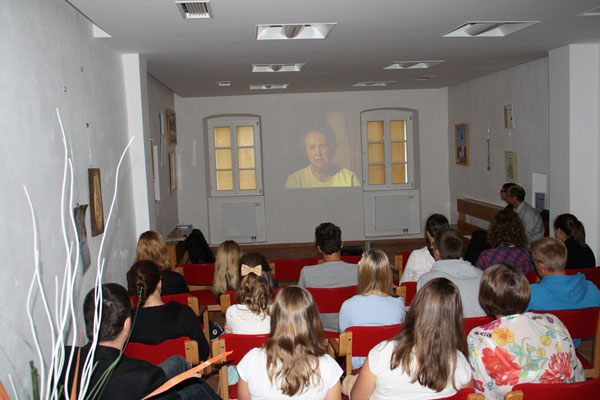