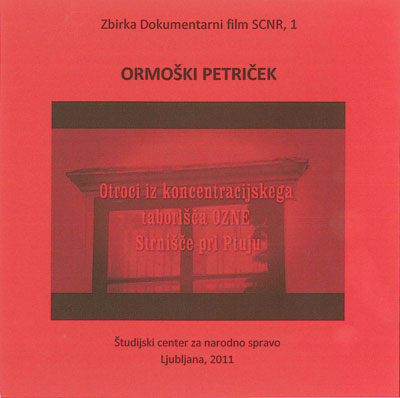 The film Ormoški Petriček talks about the fate of children, who the Slovenian post-war authorities closed together with their parents into the Strnišče near Ptuj camp in 1945, today's Kidričevo. Children under fifteen years old were taken from the camp in August 1945 from their mothers and transferred to the Ormož Castle. The reason for the transfer was the arrival of the International Red Cross delegation to Strnišče. There were no conditions for staying in the Ormož grad, therefore the citizens of Ormož and the surrounding communities organized the residence for the children and collected food for them. Despite the transfer to the Ormož Castle, where there should be better conditions for living, the children were still dying, as witnessed by many witnesses.