Magic totalitarianism? The Russian writer Victor Jerofeyev in his excellent book on his life in a family of a Soviet diplomat describes communism as a system of »magical totalitarianism«, created by Stalin who declared »war to human nature«. People in this dreadful system were only abstract material, party comrades were manure. Although totalitarian communism proved its vicious nature not only in Russia but in many countries that suffered behind the Iron Curtain and have been still suffering in some parts of the world, the system itself preserves the scary magical attraction. According to Jerofeyev many Russians do not believe in »bad Stalin« and see him as a »good guy, the saviour of Russia and the father of the great nation«. The Russian case is not an exception. In Slovenia last year one of the main roads in the capital Ljubljana was named after the dictator Tito. The chief of the secret communist political police has been given a state award. In Romania the monument is planned to be erected to the dictator Ceausescu. Democracy demands informed and critical, thinking people. Are new European democracies supported by enough critical, informed and active citizens? I could go on presenting examples of the so-called »damaged mentalities« that would have been beyond our imagination twenty years ago. What happened 20 years after the fall of the Berlin wall? Seeking an answer to this question is one of the crucial topics for the common European democratic future. People take democracy for granted as if it was timeless. But the well-known historian of democracy John Keane warns us that democratic institutions and ways of thinking are never set in stone. Future of democracy depends upon the past, which is always at work in the present. The key problem of the democratic spirit is the lack of historical consciousness. People inevitably misunderstand the present when they live in ignorance of the past. In the 20th century, many European countries suffered under totalitarian regimes which committed violations of human rights and freedoms, genocide, war crimes and crimes against humanity. Young generations learnt at school about the Fascism and Nazism but according to the Swedish and some other surveys they knew very little about the Communist violations of the human rights. Most of the stories were hidden and untold. Even now, many people tell their sad stories from the totalitarian communist regimes with fear and anxiety.

What can politics do? When, in 2004, new member states entered the European Union, the debate on European identity and common heritage deepened. The idea of the united Europe has been lively discussed in media and politics. People have been start to realize that Europe will not be united unless it is able to consider the European common heritage as a whole and recognize Communism, Nazism and other totalitarian and autocratic systems as a common European legacy and bring about an honest and thorough debate on all the totalitarian crimes of the past century. Recently, the EU, individual member states, and other bodies have taken several important steps towards evaluating totalitarian crimes (i.e. public hearings in 2008 under the Slovenian Presidency and in 2009 under the Czech Presidency, The EP Resolution on European Conscious and Totalitarianism , The OSCE Resolution , The 2010 Closa Montero Report that will be a base for the report of the EC and the wide political debate ). On the other hand, there are EU states that have never been able to condemn their communist totalitarian past. To overcome that Europe needs to define a common policy to the crimes of all totalitarian systems in Europe in the 20th century. Pressure needed to be applied for effective condemnations of past totalitarian crimes and for an effective campaign against the ongoing crimes of totalitarian regimes and against violations of human rights. The European Commission and the European Parliament need to continue public hearings regarding victims of totalitarian regimes. Free and unrestricted access to archives is of extreme importance. A Platform of European Memory and Conscience is to be established in order to: - provide support for networking and cooperation among national research institutes specializing in the subject of totalitarian history; - increase public awareness about European history and crimes committed by totalitarian regimes; - encourage broad, EU-wide discussion on the causes and consequences of totalitarian regimes, and common European values; - conduct research regarding totalitarian regimes; - develop scientific and educational projects; - serve as a pan-European museum/memorial/documentation centre for victims of all totalitarian regimes, with the aim of commemorating victims and raising awareness of crimes committed by those regimes.

How can the dark side of history be presented? What is the role of education? Europe is based on cultural diversity, which creates a plurality of views, including historical views. However, because Europe is also a spiritual community, with its own identity and similar values created through history, the least we can expect is that it would evaluate key events and processes in a similar way. It is not possible to claim that Stalin, Hitler, Mussolini, Ceausescu, Tito and other dictators are positive characters in twentieth century European history; nor is it possible to evaluate the Holocaust, concentration camps, massive executions and the like as positive. Certain fundamental elements of history have to be evaluated equally, regardless of the different cultural, ethnic, religious, racial, political or other circumstances and affiliation of different European nations.

The new history textbook as a new opportunity for understanding and reconciliation In March 2007, the idea of the German Federal Minister of Education and Research Dr. Annette Schavan on the “common history school textbook” to be used jointly by the 27 Member States was echoing among the media, historians, teachers and wide public. Dr. Schavan raised this important question to be discussed once again. The debate on this topic and reactions on it also proved the importance of history education within the education systems of different European countries.The idea of a European history textbook is not new, but it has always been a matter of sometimes very heated and emotional public debate. In my opinion a common history school textbook and teaching materials (i.e. online multimedia tool etc.) are not only possible, but necessary. Some good examples already exist (i.e. the German-French textbook, the Baltic textbook, the project of the German-Polish textbook and the Historiana.eu project ). Only elementary common evaluations of historical milestones can lead to mutual understanding and reconciliation, which ensure stable peace and coexistence. Education and politics play the key role here. What should this common European school textbook and other teaching aids be like? My personal opinion goes against policies that would ‘prescribe’ a common European history textbook for national curricula. We all know that national educational policies determine national curricula. In this sense, the initiative by Dr. Schavan is to be used as an idea, which is to shed light on and to reveal the key historical processes, events, phenomena and personalities that shaped the common European past, which should be reflected and evaluated through common European values such as human rights, freedom, equality, democracy, tolerance, solidarity, respect, multiculturalism etc. The textbook is to be an accessory for European teachers to voluntarily extend their databases, to deepen and extend the European dimension in their curricula. The textbook will succeed if it is applied as an optional recommendation and not as a new, obligatory mega-curriculum (Valič 2009, 149-150). Education is the key question Jerofeyev - not very optimistically - says in his book: »We flew into the worlds, not seen before. These are not human dimensions. Our return to the system of normal values is practically impossible. We only imitate the common sense.« (Jerofejev 2009, 110). I would rather agree with the Polish historian Bronislav Geremek who once said that Europe is a construction of the future, which has to know and understand the lectures of its sad history. Knowledge and understanding are of vital importance if the common European democratic futureis to be successful. Mag. Andreja Valič Study Centre for National Reconciliation SloveniaVse objave 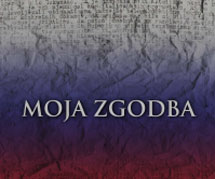